Are mushrooms a superfood? Yes they are! Even if most people don’t know it. 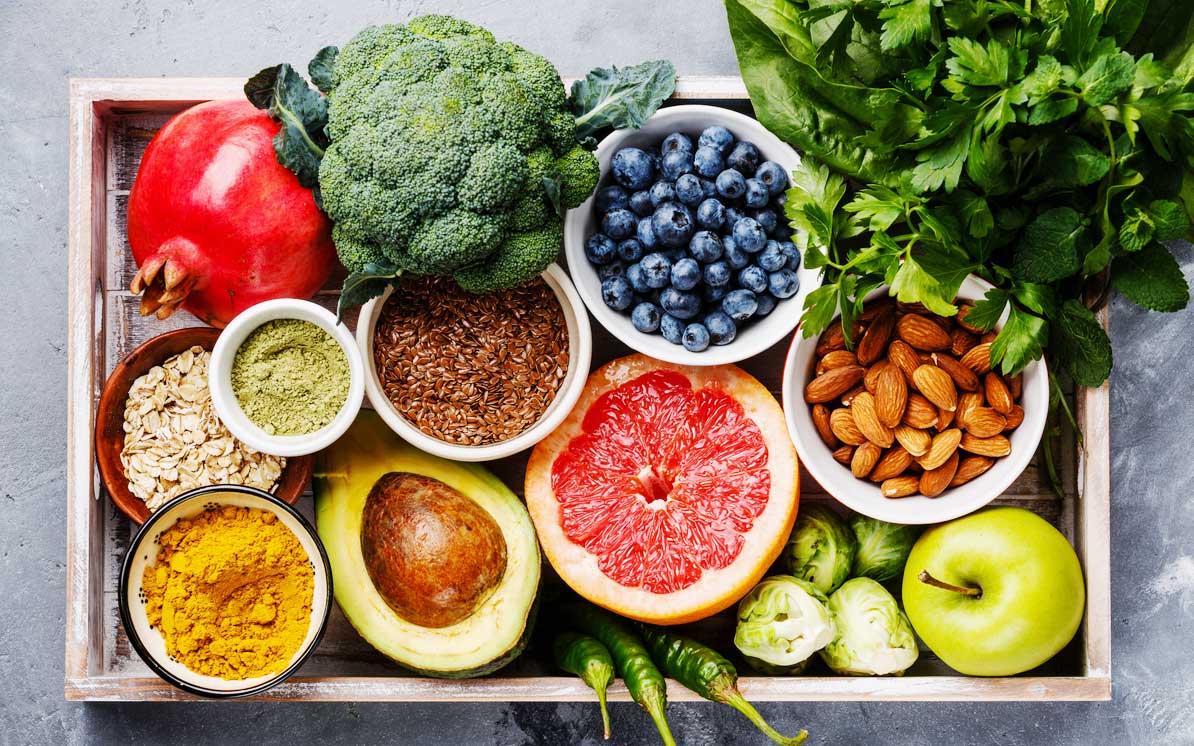 Nice photo of superfoods... But where are the mushrooms??

When it comes to superfoods, mushrooms don’t make the cut.

At least that’s what you’d think if you spent much time researching the best superfoods to include in your diet.

Because when it comes to nutrients, mushrooms are no slouch. On the whole, edible mushrooms deliver vitamins, minerals, protein, fiber, antioxidants, and more.

So why do mushrooms get overlooked by the experts who decide on what is a superfood and what isn’t?

Mushrooms are a superfood by any other name.

Maybe the answer lies in how superfoods are defined.

To be a superfood, a food has to contain specific, health-enhancing nutrients at levels that have been clinically proven to aid the body by reducing inflammation, combatting cell damage, or balancing hormone function.

That sounds like a good definition, right? Except it’s made up.

In truth, there is no official definition of the term superfood. That means it can be applied to pretty much any food that contains high levels of desirable nutrients.

So why not mushrooms?

They contain high levels of desirable nutrients, and in some cases, they contain unique polysaccharides that are proven to protect against cancer and other diseases of aging.

Shiitake mushrooms have been clinically shown to boost your production of several types of cells that play a key role in immune system function. They enhance the function of existing cells, too. And they lower inflammation.

You don’t have to eat massive amounts to enjoy these benefits. Just a couple of Shiitakes a day, and within a few weeks, your immune system will be stronger and more robust.

Or how about Maitakes?

There’s evidence that Maitake mushrooms boost the immune system and may help improve memory, possibly going so far as to improve the structure of the brain.

But do a search on Google and you’ll find lists that include kale, spinach, and salmon galore, with only the occasional mention of mushrooms.

I think most food writers and many nutritionists are ignorant when it comes to mushrooms, or perhaps just lazy.

I think they look at the same list of superfoods everyone else is using, and copy it.

They don’t bother to dig deeper. They don’t even give mushrooms a second thought.

Take one step further, and you can reasonably argue that government scientists are being lazy too. They’re the ones who publish lists of recommended foods.

And it’s same old list. Over and over again.

Let’s forget their tired old recommendations for a moment, and look at some of the real science. 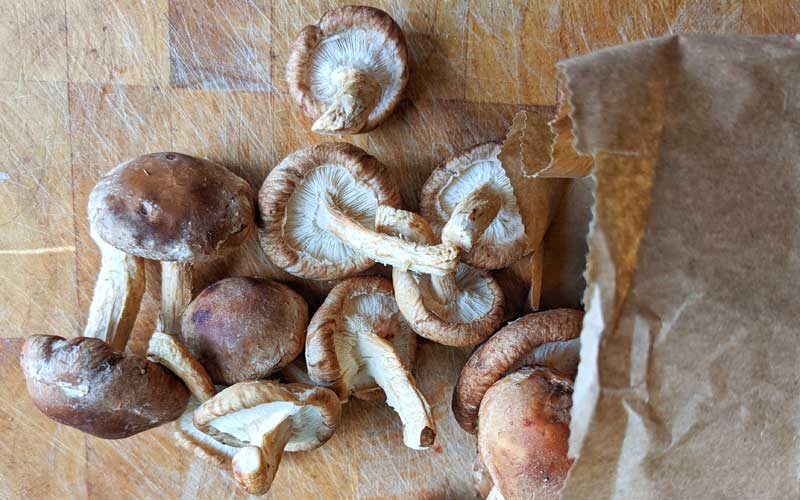 Shiitake mushrooms on a cutting board, ready to be prepared.

Kale gets a lot of superfood glory. But how does it match up with mushrooms?

Kale only beats shiitakes for vitamins A, C, and K.

While kale delivers a variety of antioxidants, shiitakes bring unique health-enhancing polysaccharides to the table.

In short, both are good. But only one is widely considered a superfood.

Scientists were slow to recognize fungi as a distinct kingdom of life.

One of the reasons mushrooms might not receive more recognition for their legitimate superfood-status is because of how mushrooms have been treated through history… at least in the west.

The fungi kingdom is enormous. More than two million species… maybe more than three million. There’s so much we have yet to identify, so much we don’t know.

Part of our societal ignorance of mushrooms and their kin stems from an oversight among early British scientists. As the British empire expanded around the world, a project was started to document and classify flora and fauna across the colonies.

These scientists categorized fungi as a subset of plants, and really didn’t see much use for them. As a result, fungi went largely ignored.

Add to that a stigma that many hold in the western cultures that fungi of all kinds are dirty, unsafe, and associated with decay, and a lot of people simply overlook mushrooms as the valuable food source they are.

Too many of us suffer from an irrational mycophobia.

As early as the 1950s, researchers became fascinated with the intense feelings people associate with mushrooms.

Unlike most plants, mushrooms stir a deep-seated mistrust in people, or else intense affinity, even joy. The emotional reaction to mushrooms seems to be a cultural response.

Cultures that associate mushrooms with food, medicine and religious ceremonies revere them. They know where they grow and can easily distinguish between different species.

Cultures that associate mushrooms with decay and death go out of their way to avoid them. They can’t typically identify local species and may even have folklore warning against touching or eating mushrooms.

This mycophobia might be the real reason mushrooms don’t receive more acknowledgement of their superfood status.

But times are definitely changing in favour of mushrooms. 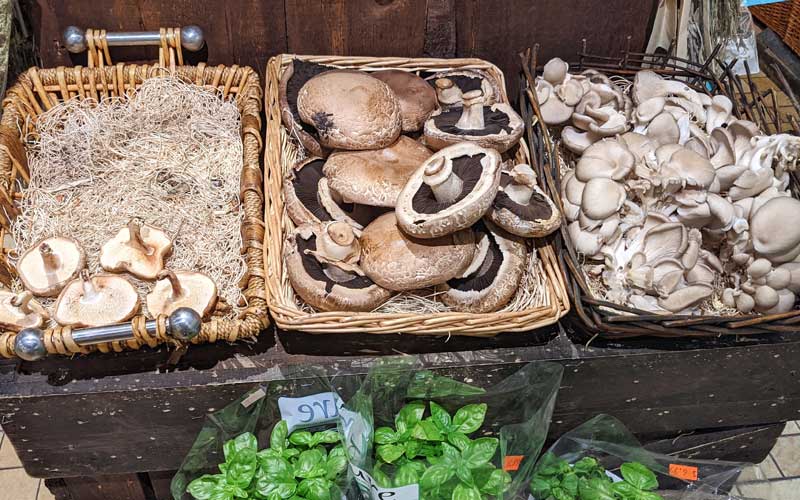 Mushrooms are still a niche interest with the United States and other western countries. But people who are interested in them are passionate about them.

Our cultural fascination with mushrooms is on the rise… and it’s a rapid ascent.

More people are beginning to realize the vast potential of mushrooms and other fungi.

These unique organisms — neither plant nor animal — can provide alternative ways of producing materials, promising medicinal applications, spiritual journeys and mental healing, and even ecological rescue…

And, of course, they can provide us food.

Mushrooms didn’t make the majority of superfood lists this year, but the rate at which their popularity is growing, it won’t be surprising to find them featured at the top of many of those lists in years to come.

In the meantime, you know how nutritional and health-enhancing mushrooms can be. There’s no need to wait for them to receive an official label. Start taking advantage of their superfood status now!