What are mushrooms good for? More than you might think! 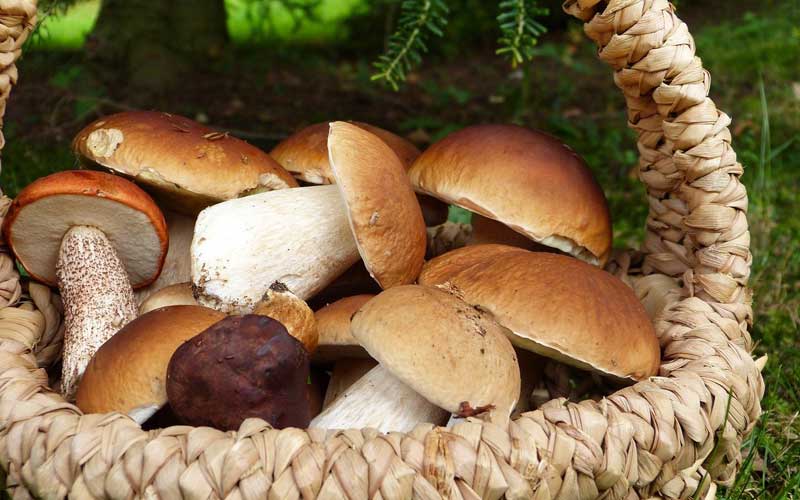 Mushrooms are not vegetables, they’re fungi. And they’re amazing.

All mushrooms are fungi. And the Fungus Kingdom is quite separate from the kingdoms of plants or animals.

Fungi have been around for at least a billion years. They flourished on the land for millions of years before true plants made an appearance... let alone animals.

In fact, without the help of fungi, water-based plants could never have made the move to land. Fungi provided the root system that plants needed, but didn’t yet have.

This was, and continues to be, a symbiotic relationship. Fungi share minerals and other nutrients with plants. And plants, in return, “pay” their companion fungi for those minerals with carbon and the sugars they create through photosynthesis.

This symbiotic network is active through mycelium… the hidden “roots” of mushrooms. More on mycelium here.

And in case you were wondering, while all mushrooms are fungi… not all fungi are mushrooms. Other fungi you know include molds and yeasts.

Without yeasts, there would be no wine, no beer and no bread other than flat breads. Without mold, we might never have discovered antibiotics.

Mushrooms are a tasty and nutritious superfood

There are somewhere between 2.3 and 3.8 million species of fungi, of which a little over 10,000 are mushrooms.

That’s a lot of mushrooms.

But if you walk down the fresh vegetable aisle in many supermarkets, you’ll often see just three mushroom types available.

Fun fact…  Portobello mushrooms are nothing more than Crimini brown mushrooms that have been left to grow to their full size.

The thing about these three choices is that these mushrooms are among the least tasty and nutritious. You find them dominating the shelves simply because they are easy to grow and transport.

For a lot more variety in taste and texture, and to enter the realm of nutritional superfoods, you need to explore a little further.

Find stores or stalls at farmer's markets where they sell Shiitake, Oyster, Enoki, King Oyster and other types of more exotic mushrooms.

We have a separate page on the nutritional value of mushrooms.

Many life-saving drugs are derived from fungi.

Perhaps the most famous medicine derived from a fungus is the antibiotic,  penicillin.

But that’s just the start.

Other drugs that come from fungi include…

Separately, 60% of enzymes used in industry are generated by fungi, and 15% of all vaccines are produced by engineered strains of yeast.

Not bad for “fungus”!

Mushrooms have been used by healers for thousands of years.

The Chinese interest in mushrooms and fungi as a source of medicine goes back for at least two thousand years.

But perhaps the oldest written record of the medicinal properties of mushrooms is an Indian medical treatise dating to approximately 3000 BC.

In other words, knowledge of the medicinal value of mushrooms goes back a very long way.

Today, modern scientists are finally identifying the specific molecules and compounds that are responsible for mushrooms being able to support human health.

Common to most medical mushrooms is beta-D-glucan, a polysaccharide, which is believed to help revitalize and moderate our immune systems.

And that’s just one of therapeutic properties of mushrooms.

You can find out more about medicinal mushrooms here.

Magic mushrooms are being studied as a way to treat PTSD, certain forms of depression, and more. 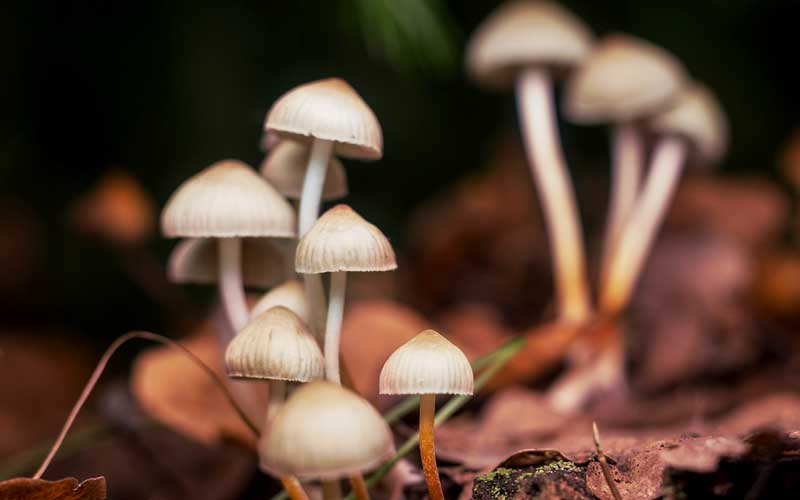 It’s extraordinary when you think about it.

A mushroom can simply be an ingredient in your next meal.

Or it can help you fight off disease by supporting your immune system.

Or… it can give you hallucinations, and heal your mind.

Magic mushrooms have been used by healers and shamans in many cultures around the world. They have also played a central part in the spiritual beliefs of many tribes and peoples.

Here in the West, magic mushrooms are currently being studied as a potential treatment for disorders as diverse as depression, anxiety, post-traumatic stress disorder, anorexia, obsessive compulsive disorder and addiction.

The active ingredient being studied is psilocybin.

In fact, psilocybin and its uses is fast becoming a multi-billion-dollar industry.

Mushrooms are being used for packaging, a replacement for leather and more. Not kidding!

Remember mycelium? Mycelium is the root system of a mushroom. In fact, the mushroom is just the fruiting body of this much more expansive life form.

Where you see a few mushrooms in your garden, what you don’t see is the huge network of mycelium underground.

There is a lot to learn about mycelium.

Like mushrooms, mycelium has medicinal properties. But it can also be used to “grow” new materials.

For example, Dell is now shipping its servers packed in mycelium chips instead of foam. Because mycelium is grown and not manufactured, you can produce it with far less energy. And once you’re done with it, you can compost it.

And a company called Bolt Threads has developed a material called Mylo. It looks and feels like leather, but it’s mycelium.

That’s right. If you want vegan leather, you can now find it… made from the root systems of mushrooms.

So far, we’ve just touched the surface of what’s amazing about mushrooms and fungi.

This is just the beginning.

Explore this website. Come back often. Immerse yourself in this extraordinary subject.

Join us in our obsession with mushrooms and fungi, and find out how they can enrich your own life.


Dig deeper and find out more about mushrooms...