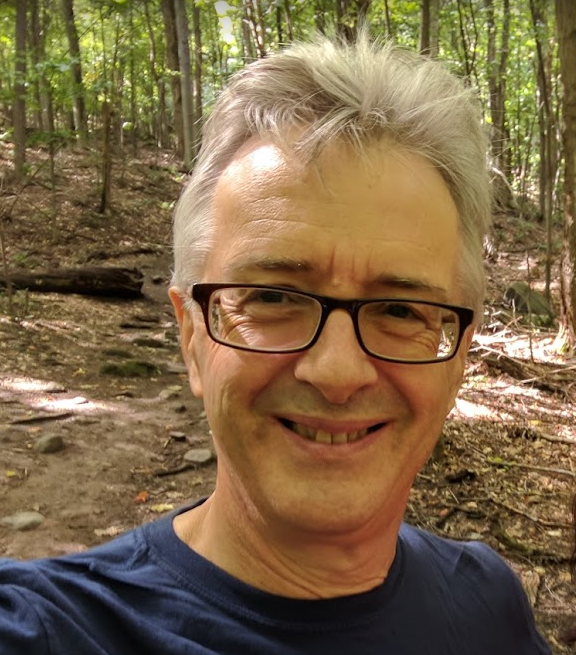 My name is Nick Usborne.

This website is an expression of my fascination with fungi and mushrooms, and my desire to share that interest with others, far and wide.

The first time I really paid attention to the role fungi play on our lives was over 30 years ago, when I was doing some work with the pharmaceutical company, Eli Lilly.

While working my way through dozens of papers on one of their antibiotics, I came across the story of the Italian scientist, Giuseppe Brotzu. Part of his work involved research into the presence of Salmonella in outflows of sewage into the sea off the coast of Sardinia.

Put simply, he found patches of water that were free of Salmonella, and he wondered why.

Adding samples of the water to petri dishes back in his laboratory, he finally isolated the fungus that was later to be classified as Cephalosporium acremonium. And yes, it was active against Salmonella.

Many years later, his discovery was developed into the class of antibiotics we know as cephalosporins.

Of course, while reading about this discovery, my mind naturally jumped to the discovery of penicillin in 1928 by Sir Alexander Fleming. Penicillin derived from Penicillium fungi.

The more pharmaceutical companies I wrote for, the more I saw how much we rely on fungi for many of our most important medicines.

Big pharma and I parted ways a long time ago. But I’m still grateful for that introduction to the power of fungi through the work of Giuseppe Brotzu.

There is more to fungi than their pharmaceutical qualities.

Leap into the world of fungi and mushrooms, and you’ll find a universe of bounty and possibilities.

The fruiting bodies of fungi – mushrooms – have found their way into the cultures and kitchens of people around the world for thousands of years.

Some mushrooms create unique compounds that fit receptors in our brains and create psychedelic experiences.

Meanwhile, beneath every step we take, there are countless strands of fungal mycelium that connect and nourish the natural world in extraordinary ways.

Fungi have an essential role to play in the health of our environment, and the future of our planet.

It’s a fascinating area of study.

For someone with an inquiring mind, fungi and mushrooms are like catnip to a cat.

I’m one voice among thousands of enthusiasts who have become “sporulated” or infected with a passion for fungi.

The institutional world has been slow to recognize and study the wonders of the fungal kingdom. For way too long, the study of fungi was simply tucked into botany classes. But, of course, fungi are not plants. They are a kingdom or queendom all of their own.

While most institutions have been asleep at the wheel, gifted enthusiasts have stepped in to fill the void.

Some are scientists who have stumbled upon mycology as a fascinating field of study. Then there are the mushroom growers, who have perhaps done more than any other group to advance the study of mushrooms and fungi.

Alternative health practitioners, who often started out working with medicinal plants and herbs, and are now diving deep into the extraordinary world of medicinal mushrooms.

Add in the thinkers and artists.  Original minds, drawn to the study of fungi and the beauty of its contributions to our world. As an example, check out the photos of fungi taken by Steve Axford. They're remarkable.

While on the subject of photographs, check out the macro photos of mushrooms and fungi by Alison Pollack on her Instagram page.

For myself, I’m an enthusiast, sharing my journey and doing what I can to curate the work and findings of the leaders in this field.

In the spirit of mycelium, I want to connect with those around me…

As you dig into this topic, you’ll encounter some of the more remarkable attributes of mycelium.

Put simply, mycelium creates networks in the soil, and creates symbiotic relationships between the kingdoms of fungi and plants. Without these connections, the majority of trees and plants simply wouldn’t survive.

Taking inspiration from mycelium, my vision for this site is to help inform those people who want to learn more, and then connect them to the many other sources of expert information out there.

That’s why this site has a large and growing resource section.

If you have any ideas for resources I might add to that section, or if you have any questions for me, you can reach me through this contact form.

Or by email at nick@incrediblemushrooms.com

The story of Giuseppe Brotzu and cephalosporins

Photographs of fungi by Steve Axford