Give your brain a boost by eating more mushrooms. 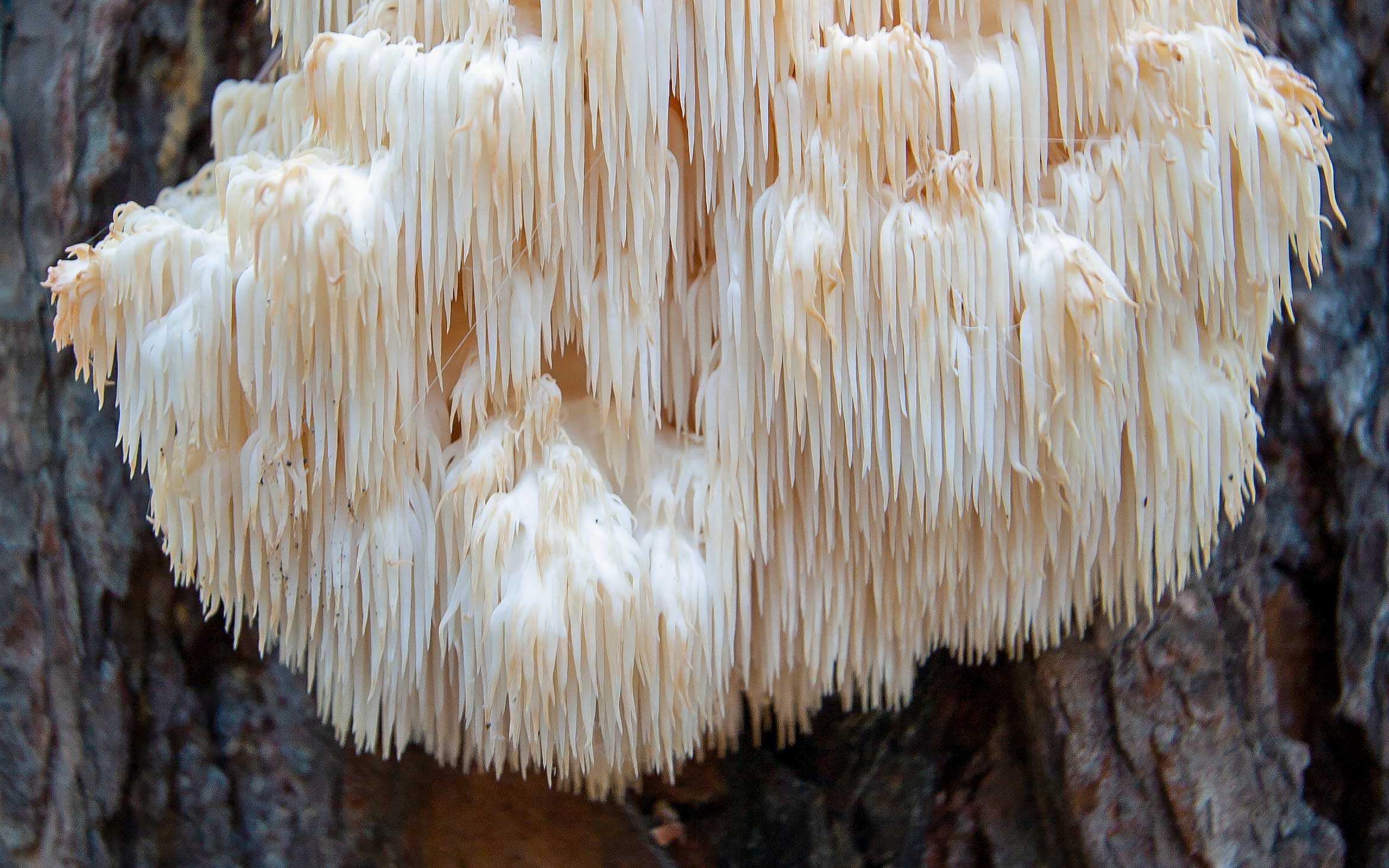 Do you ever think about losing brain power as you age?

A lot of people do.

It makes sense. Memory problems… speech issues… difficulty with problem-solving… these kinds of things feel like an attack on your very identity.

When you think about cognitive decline, chances are your mind runs to Alzheimer’s disease or dementia. You probably don’t worry much about Mild Cognitive Impairment (MCI)… or even know what that is.

But while 1.6% of the population lives with full-blown dementia, up to 18% of people over 60 are dealing with MCI.

So, what does that mean exactly?

MCI is not as bad as full-blown dementia, but it’s worse than the decline you would expect to experience as the result of aging. One common symptom is forgetfulness. You miss appointments or can’t recall a conversation you had recently. Another symptom is a diminished ability to make good decisions or think through and solve problems.

Typically, with MCI, your family members know something is off, but you’re able to do most of your daily activities without too much difficulty.

But MCI can be an indicator that you’re at higher risk of Alzheimer’s Disease or other types of dementia.

Any way you look at it, MCI is best avoided if possible.

And it turns out that mushrooms may play a key role in preventing this kind of cognitive decline.

The study took place over the course of six years and involved more than 600 people 60 years or older. Researchers carefully accounted for demographics, medical history, psychological factors, and diet.

What they found was that people who regularly consumed two portions of mushrooms each week were 50% less likely to develop MCI than those who didn’t.

Two servings of mushrooms a week — about a half a plate worth— and the risk of cognitive decline was cut in half!

The study focused specifically on the kinds of mushrooms most commonly eaten in Singapore — Oyster mushrooms, Shiitakes, Golden mushrooms, white button mushrooms, canned mushrooms, and dried mushrooms. But researchers speculate that most types of edible mushrooms would convey similar benefits.

So, what exactly is it about mushrooms that’s so good for your brain?

Most mushrooms contain ergothioneine (ET). This compound is an antioxidant and anti-inflammatory that scientists suspect plays a key role in cognitive health.

Specifically, they’ve found that individuals with low levels of circulating ET are more likely to show signs of neurodegeneration than people of the same age who had higher levels of the nutrient.

ET is not a nutrient our bodies can make. We need to get it from dietary sources, and ET is plentiful in mushrooms.

In addition to ET, mushrooms also contain a other bioactive compounds which may fight cognitive decline, inhibit the production of beta amyloid (a protein precursor that contributes to Alzheimer’s disease), and stimulate nerve growth.

Eating a lot of different kinds of mushrooms is good, but there’s one mushroom that might bring a little something extra to the table… 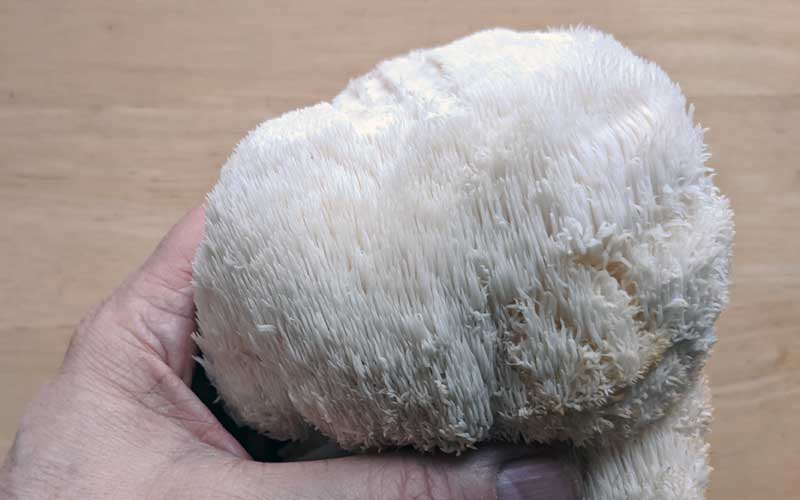 Home-grown Lion's Mane mushroom, picked and ready to slice and cook for breakfast.

The Singapore study is impressive, but its focus is on prevention.

Prevention is important, of course. If you can prevent something bad from happening, that’s almost always preferable to the alternative.

But what if you or a loved one are already showing signs of cognitive impairment. It may be that the same mushrooms that help prevent MCI can help restore some of your cognitive function, but there isn’t a lot of research about that yet. However, in a different study, another mushroom entirely has shown promise when it comes to restoring cognitive function.

Lion’s Mane is a rather exotic-looking mushroom that tastes a bit like lobster. In one study, people already diagnosed with MCI took a Lion’s Mane supplement for 16 weeks. In this placebo-controlled, double-blind study, the Lion’s Mane group showed improved scores on cognitive function tests. When they stopped taking Lion’s Mane, they began to decline again.

So, mushrooms offer both a preventative measure against and a treatment for cognitive decline.

How you can take full advantage of this good news.

If protecting your brain health and function as you age is of concern to you, then incorporating more mushrooms into your diet just makes sense.

To get a similar benefit as seen in this study, you’ll want to eat about a cup and a half of cooked mushrooms each week.

Since mushrooms are so versatile, that’s not a tall order.

You could start by having mushrooms with your breakfast three or four times a week. They make an excellent addition to omelets, and sautéed mushrooms on toast are delicious.

Mushrooms also make an excellent side dish. You can sauté them on their own or with other vegetables. They’re a good addition to soups and pasta dishes. And there are even plenty of ways to make mushrooms the main event at a meal. We have a whole page devoted to mushroom recipes.

Developing a mushroom habit comes down to planning your meals ahead and making sure you incorporate mushrooms into them. You can also cook up a big batch of mushrooms at the beginning of the week. This gives you an easy to add mushrooms into meals. (And they’re also good for snacking.)

If you’re concerned you’ve already experienced some cognitive decline, taking a Lion’s Mane supplement may help you regain some of what you’ve lost.

Good healthy brain function is essential to living fully. Eating more mushrooms will help protect you from the forgetfulness and other problems that come with cognitive decline. 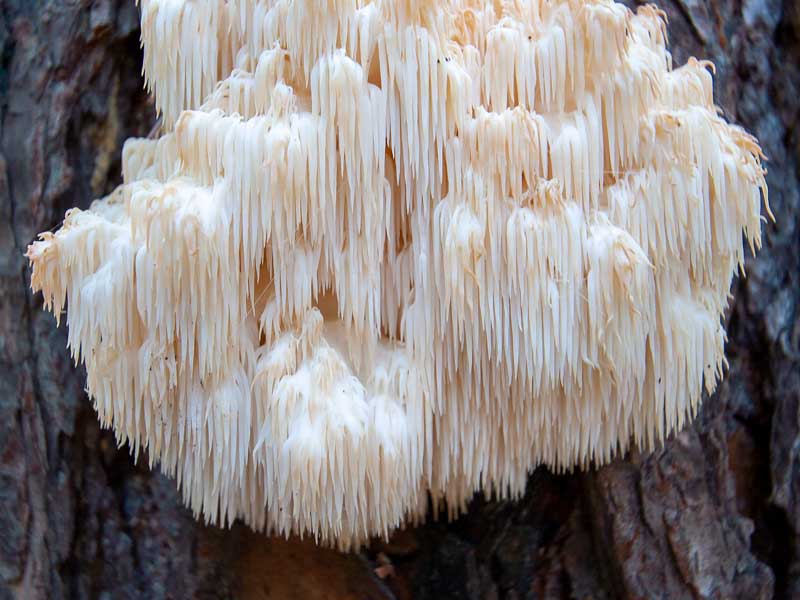 Lion’s Mane is known for its unique appearance… like a mane or a waterfall of strands. Lion’s Mane supports the immune system, and appears to have strong neuroprotective properties. In other words, good for brain health. More on Lion’s Mane… 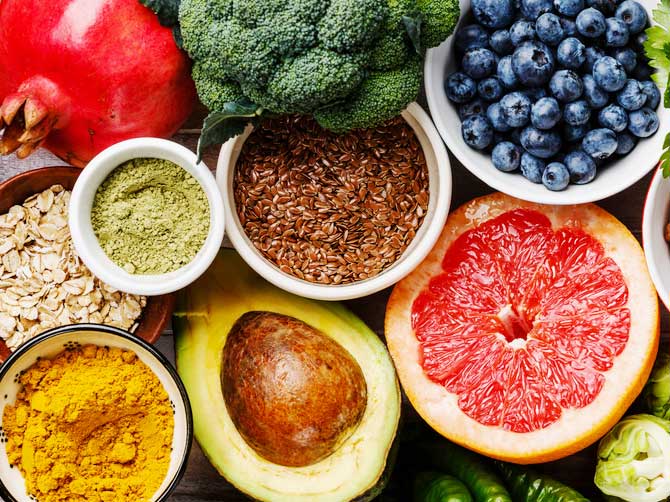