Your questions keep coming in. And that’s a good thing!

But that first page was getting a little long, so we’ve started a second page, right here.

Over time, we might need another page or two. We’ll see!

In the meantime, here are your latest questions about mushrooms, fungi and mycelium.

Are mushrooms high in protein? 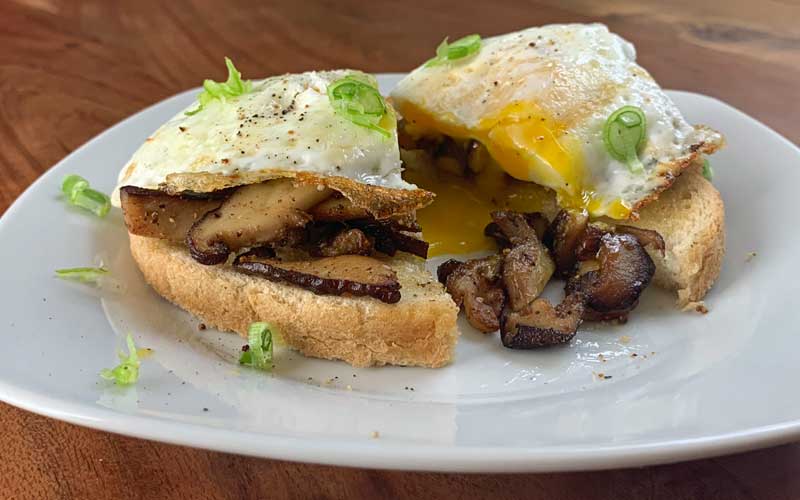 The answer is yes, mushrooms are a good source of protein. One cup of cooked mushrooms contains about 3 grams of protein. This is about 10% of the Daily Value (DV) for protein.

The recommended daily intake (RDI) for protein is 0.8 grams per kilogram of body weight. For a 150 pound person, this is about 56 grams of protein

In other words, while mushrooms might be a good source of protein, they can’t be your only source.

You can learn more about the nutritional value of mushrooms here.

How do fungi reproduce? 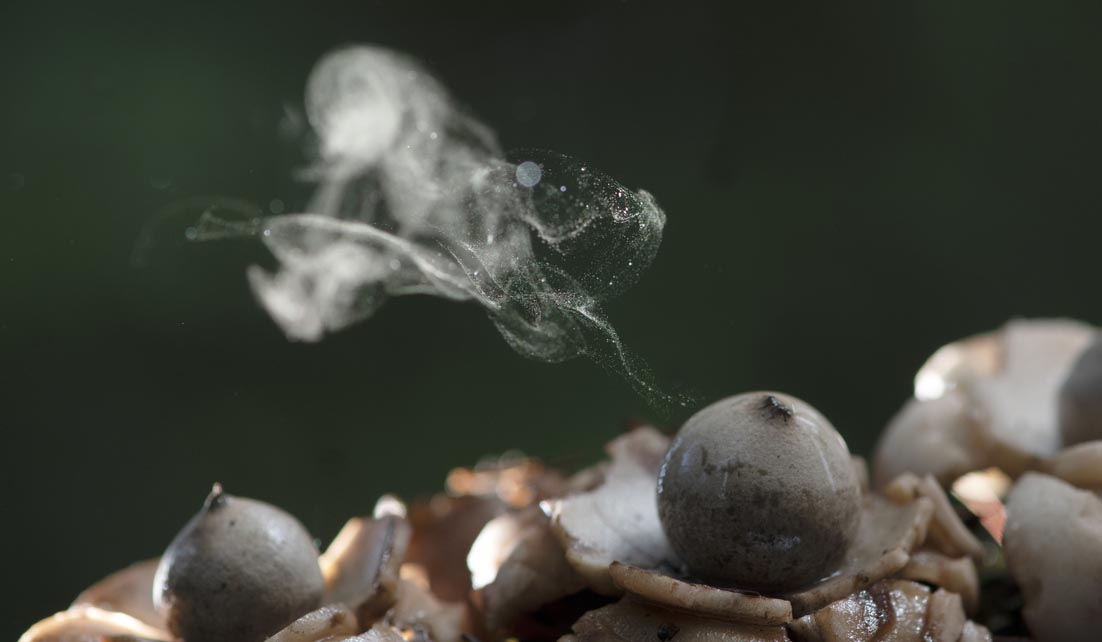 Fungi spores can be dispersed in a few different ways.

Sexual reproduction is less common, but it does occur in some species of fungi. In sexual reproduction, fungi produce special structures called gametangia that fuse together to form a zygote. This zygote then grows into a new organism.

Want to know more? We have an entire page devoted to the sex lives of mushroom and fungi.

What’s the difference between mycelium and hyphae? 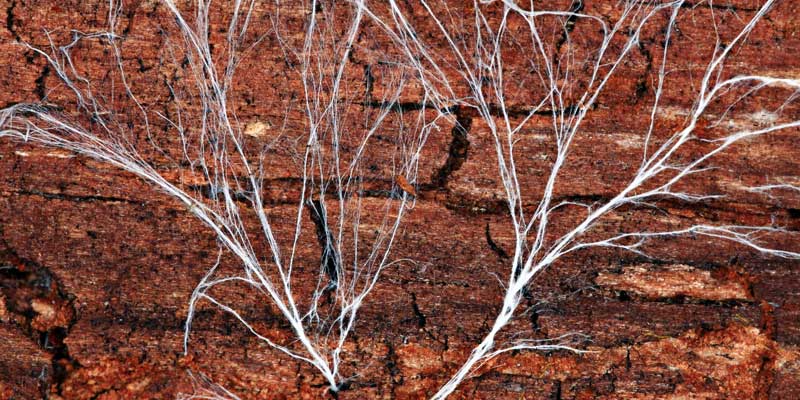 Mycelium and hyphae are two types of fungal growth.

Mycelium is the vegetative part of a fungus, consisting of a network of fine, branching threads called hyphae.

Hyphae are the structural units of mycelium, and they are responsible for the absorption of nutrients and the exchange of gases.

Hyphae are very small, with diameters ranging from 2-10 microns. Larger hyphae are referred to as macro-hyphae. Hyphae are branched and thread-like. They grow out of a fungus growing in soil or decaying plant material and look like cobwebs growing through a piece of straw-like a piece of cotton candy.

A LOT more about mycelium here.

Can mushrooms and fungi talk to each other? 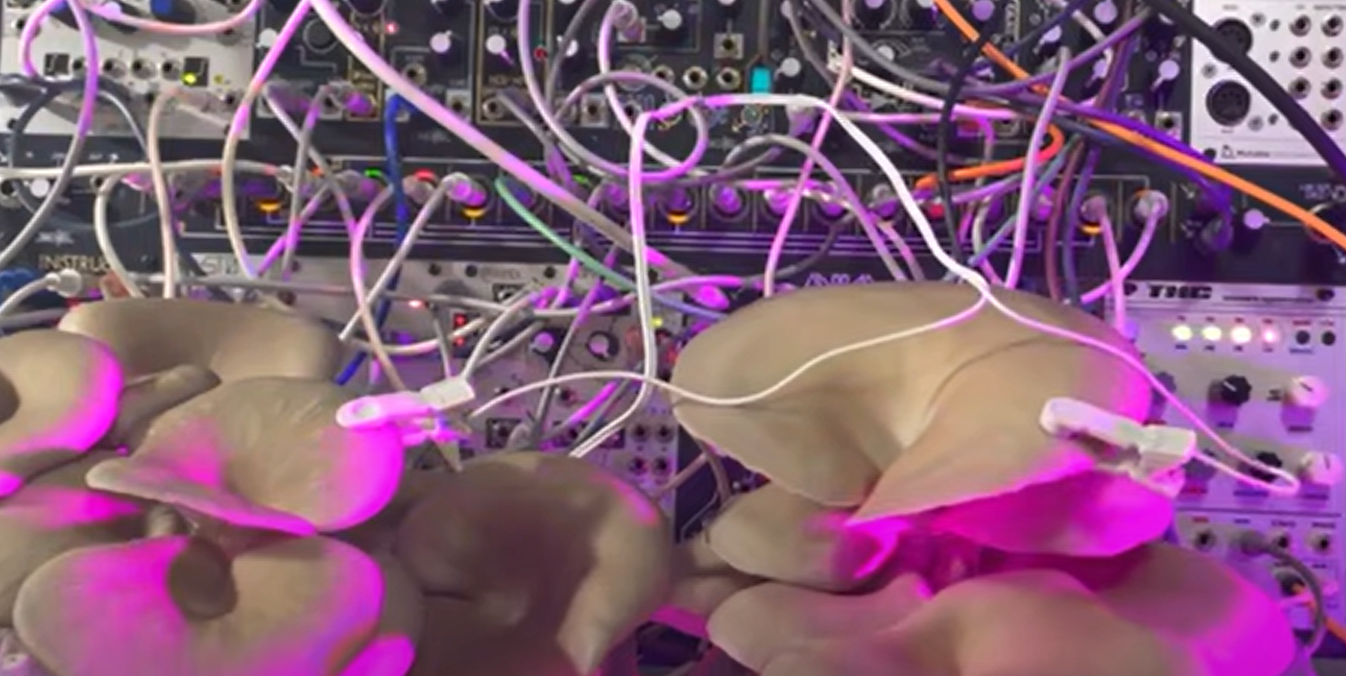 Oyster mushrooms hooked up to measure the electrical impulses they create.

Indeed they can! Which is incredibly cool.

But how does this work?

Mushrooms are capable of sending and receiving messages using their networks of mycelium. This network can span for miles and connect different mushroom colonies.

For example, the metabolites that trigger protein production are called hormones. Some of these hormones may trigger changes in the fruiting body of the mushroom, while others may be used to fight off predators.

In addition, researchers are now discovering that fungi can communicate with a language based on electrical impulses.

Read our page on Cracking the Code of How Fungi Can Communicate With a Language Based on Electrical Impulses.

If you haven’t seen it already, Page 1 of our mushroom and fungi Q&A is here.


Got questions about mushrooms and fungi?

If you have a question about mushrooms or fungi you'd like us to answer for you, you can submit your question here...