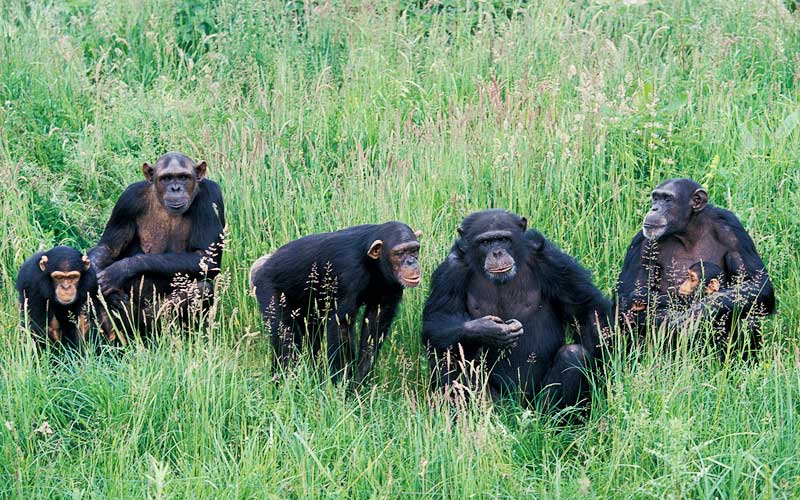 There’s a weird thing that happened in our evolution.

Over the course of 2 million years or so, our brains tripled in size.

Now, to give you an idea of how astounding that is, the average primate brain had been evolving for about 60 million years.

Then in 2 million years or less… boom. It mushroomed to three times that size. At least in certain primates.

There had to be a catalyst — or combination of catalysts — behind this sudden change.

Scholars have many different ideas on the subject.

One of the most interesting comes from Terence McKenna, ethnobotanist, mystic, and mushroom lover.

In what has become known as the Stoned Ape Theory, McKenna speculated that magic mushrooms may have played a critical role in our evolution. He believed that the psilocybin in the mushrooms may have given our ancestors advantages in hunting and mating.

The big leap forward in brain size is perplexing to scientists.

There is much debate around the topic and several hypotheses.

One hypothesis is that walking upright spurred the growth of the human brain. One of the consequences of being bipedal is that our babies are born before their brains are fully developed. This oddity makes it possible for our brains to get bigger than if they had to finish developing before birth.

The Stoned Ape Theory ponders the effects changing food sources might have had on our ancestors. Specifically, the new addition of certain kinds of mushrooms.

A little push from magic mushrooms.

The idea is strange on its surface. How would mushrooms trigger a sudden burst in brain growth?

Well, the psilocybin in magic mushrooms have some strange effects on the brain.

Around the time that paleontologists begin to see bigger brains in our ancestors is also around the time that primates expanded out of the forests and into the savannahs. There, they found game. But they also may have found a specific type of mushroom — psilocybe cubensis. That’s one of the magic mushrooms.

Stamets considers how psilocybin acts in the brain. When eating magic mushrooms, the psilocybin would have had a serotonin-like effect, so our ancestors would have been feeling pretty good — that’s an incentive to eat the mushrooms again.

Psilocybin works as a neurotransmitter, so our ancestors would have been able to make connections between things that they might not have before. It also causes new neurons to form… a process called neurogenesis.

So each time our ancestors ingested these mushrooms, their senses would have become more open, allowing them to take in more information. They would have experienced more empathy and felt less fear.

This is a hypothesis, and an unprovable one… but interesting.

Now, the Stoned Ape hypothesis is typically applied to the astounding brain growth that happened between 100,000 and 2 million years ago.

But that isn’t the only strange leap forward in our history as a species.

About 60,000 years ago, we almost didn’t make it. We’d been around for about a quarter of a million years. We were sharing the Earth with several other species of upright primates. And things weren’t looking so good for Homo sapiens.

Lucky for us, about that same time we made another huge leap forward.

Remember, our brains were already big by comparison. But up until 60,000 years ago, we hadn’t done much with all that brain power. Then, suddenly, on the brink of extinction, we started doing some things differently.

We started making finely crafted tools. Our group hunting became more organized and efficient. We started trading with other groups of humans for the things we needed.

Within 10,000 years, we’d spread out into Europe, the Middle East and Asia. Over the next 20,000 years, we reached the Americas and crossed the open sea to settle Australia. Our tools, language, and abstract thinking developed at a rapid pace.

We drove every other intelligent humanoid species to extinction.

That’s hard to explain, too.

Maybe McKenna was onto something…

So what about our great leap forward 60,000 years ago? At that time we experienced a cognitive revolution that led to us becoming the dominant species on the planet. Did mushrooms play a role there?

But here’s something interesting…

Scholars believe this big leap forward must be rooted in some small structural change in the brain that allowed for more imaginative thinking, more sophisticated language, and better cooperation between groups.

Given that we now know psilocybin forces the brain to find new pathways between brain cells, it certainly seems possible that McKenna’s theory around magic mushrooms could apply to the Cognitive Revolution as well. Maybe psilocybin had a hand in creating the new brain structures that brought us back from the brink of extinction… and led us to become the best problem-solvers the Earth has ever seen.

There’s no way to know, of course. Just something to think about… 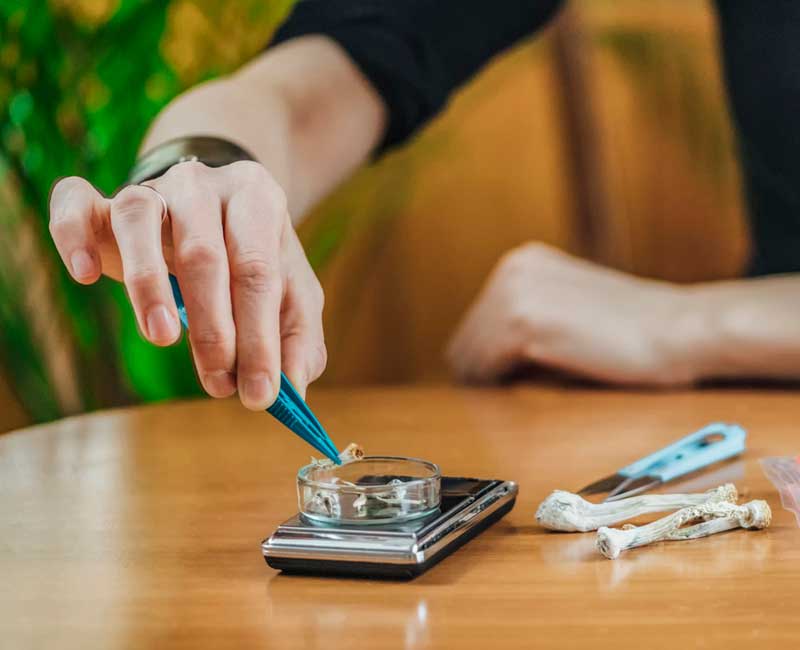 Micro-dosing with the psilocybin in magic mushrooms can lift your mood and sharpen your focus. Read the full article...