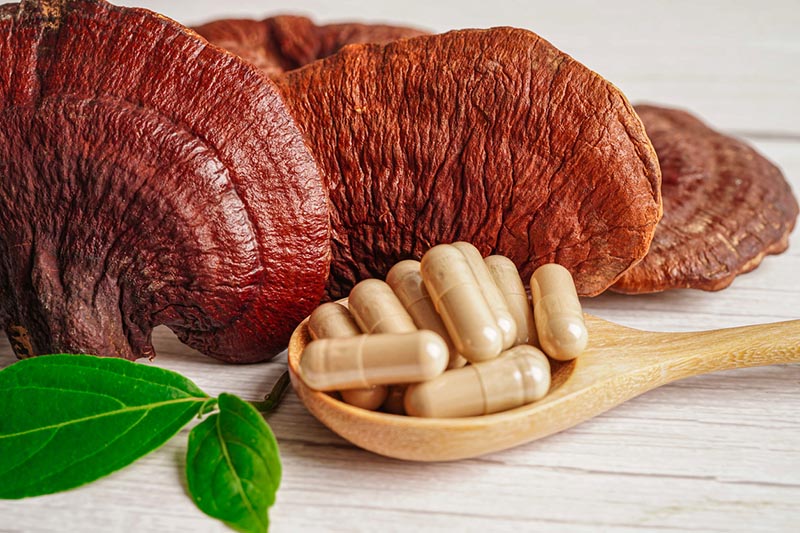 The elixir of immortality…

The king of the mushrooms…

These are just a few of the names reishi mushrooms have gone by over the centuries. Based on these names, it’s easy to guess that there’s something special about this particular mushroom.

In ancient times, the healing powers of reishi mushrooms were so prized that Chinese royalty passed laws reserving the mushrooms for their sole use.

In ancient China, wild reishi mushrooms were rare and highly valued. Healers who found these mushrooms growing in the temperate forests at the base on the Changbai Mountains guarded the location of these living treasures like a prospector hiding a gold mine.

The healers knew they could gain favor (and income) from providing the mushrooms to members of the royal families.

The healing powers of the royal fungus.

Throughout their long history, reishi mushrooms have gained a reputation for a wide range of healing properties.

Chinese healers used reishi to stimulate the immune system, preserve the memory, and protect the body from aging.

The mushroom became so revered for its age-defying benefits that it eventually grew to be a common symbol used in fashion, art, and architecture.

But are these mushrooms really a fountain of youth in fungal form?

The science behind reishi healing powers .

The science exploring the health benefits of reishi mushrooms is promising, but still on the thin side.

The first thing to know is that reishi mushrooms are packed with bioactive compounds that have the potential to do a lot of good things in your body.

You can find a full discussion of the active compounds in Reishi mushrooms in very geeky terms here, but let’s look at the highlights…

When it comes to polysaccharides, there’s a lot of variety found in nature. The polysaccharides found in reishi mushrooms have the potential to reduce low-grade chronic inflammation, control blood sugar, protect against ulcers, starve cancerous tumors, and stimulate the immune system. Not too bad.

The peptidoglycans in the reishi mushroom have antiviral properties. And they can also stimulate the immune system.

So far, scientists have identified more than 100 triterpenes in reishi mushrooms, and more than 50 of those appear to be unique. Scientists are still working to understand the potential health benefits of triterpenes.

They’re pretty convinced that these compounds can do a lot for your health, but they’re still working out how. So far though, the greatest potential appears to be in the antioxidant properties. The triterpenes in reishi mushrooms also look like they can support healthy cholesterol levels in the blood.

That’s a lot of potential benefit to your health.

But what about specific studies? What do they reveal?

The evidence is rolling in, and…

At this point, most of the research on reishi mushrooms has revolved around its role in fighting cancer.

Many of the studies conducted so far have been in vitro, meaning researchers have been looking at how specific compounds in reishi mushrooms affect the growth and spread of cancer cells in lab settings. Think petri dishes rather than people.

In one study, researchers discovered that Reishi mushrooms inhibit the growth of breast cancer cells. In another review of in vitro research, the polysaccharides in reishi mushrooms promoted the death of cancer cells, blocked cell proliferation, prevented the growth of new blood vessels that feed cancerous tumors, and helped the immune system to work better.

In one clinical trial (people, not petri dishes) researchers found that the polysaccharides derived from reishi mushrooms could play a role in treating lung cancer. Cancer cells release compounds that suppress your immune system, making it easier for the cancer to grow and spread. In a small, focused trial, researchers discovered that Reishi compounds helped to turn the immune system back on, which can slow the spread of the cancer.

Outside of cancer studies, researchers have looked at how the polysaccharides from Reishi mushrooms affect fatigue and overall well-being in patients suffering from neurasthenia, a condition that causes headaches, fatigue, and emotional disturbance.

After eight weeks of taking Ganopoly (a polysaccharide extract), patients experienced reductions in fatigue and improvements in well-being at a higher rate than those in the control group.

A similar supplement to Ganopoly was administered to healthy people over the course of six months. In that study, researchers found that after six months, the trial group had higher levels of antioxidant activity in their blood and their liver health had improved as well.

And in a study done on mice, scientists found that even moderate doses of Reishi added to the mouse diets increased their lifespan significantly — the equivalent of 16 years in humans!

That’s an impressive round of health benefits from one little mushroom… and we’re just scratching the surface here.

How can you benefit from reishi mushrooms? 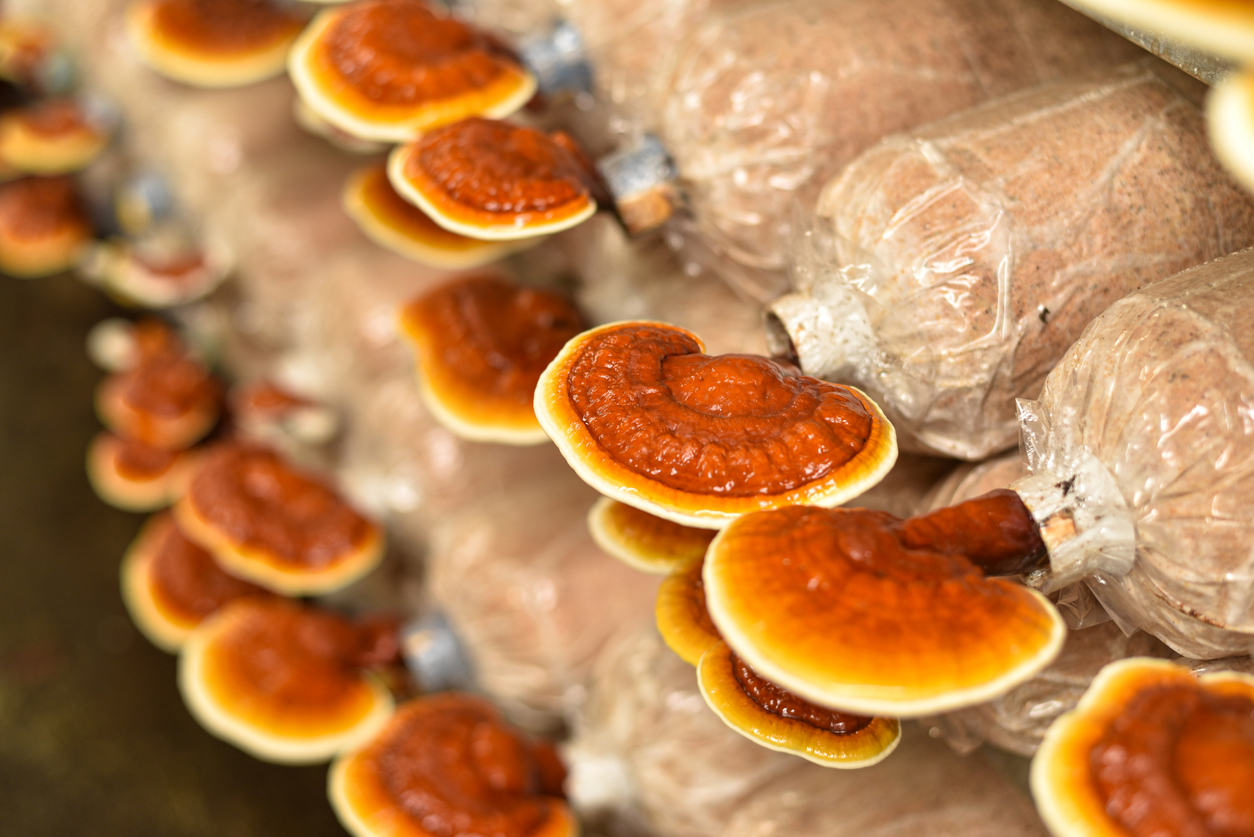 Reishi mushrooms being grown commercially, in a controlled indoor environment.

You won’t find reishi mushrooms in your grocery store. Not at your local farmers’ market, either.

These mushrooms are fibrous and bitter… they don’t make for good eating.

But you can find teas, tinctures, and supplements that contain reishi powders or extracts.

Generally, reishi products are well-tolerated with few side effects. They can cause digestive upset for some people. And there is some concern about long-term effects on the liver.

That means if you would like to explore the health benefits of reishi supplements, you should talk to your healthcare provider first just to make sure you’re at low risk for issues.

If you get the all-clear, then adding a little reishi to your diet might benefit your health in a number of ways… including a longer life.