Mushroom mycelium is the secret ingredient in healthy garden soil. 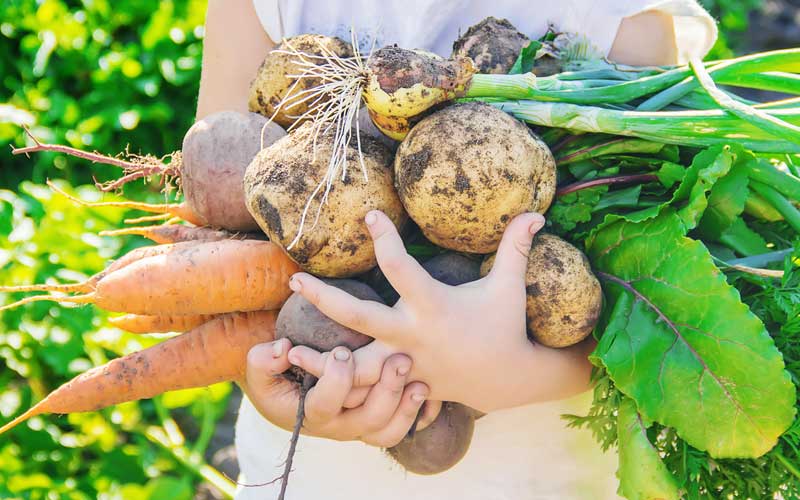 The secret to bountiful gardens and healthy trees is simple – it’s all about the soil!

And the fundamental building block of healthy soils is mycelium – a subterranean network of fungi roots that lace through the earth in fantastic, branched patterns of thread-like filaments, called hyphae.

In forests, gardens, and deserts – mycelium colonies form dense mats that intertwine and merge with the roots of plants and trees, building symbiotic relationships with all species that grow in soil. Without mycelium, entire ecosystems would collapse.

They also transmit electrical signals, enabling trees and plants to communicate with each other through their roots.

Cultivating mycelium and healthy soils is the most important thing a gardener can do. Here are simple ways to harness the power of fungi in the garden.

A new study published by Frontiers in Environmental Science, confirms that pesticides wreak havoc on soils. In the most comprehensive soil review ever conducted, researchers analyzed nearly 400 published studies (and 2,800 experiments).

Conducted by the Center for Biological Diversity, Friends of the Earth, and University of Maryland, they determined pesticides harmed soil organisms in more than 70% of experiments, including fungi, beetles, ground-nesting bees, and earthworms.

50-100% of all applied pesticides end up in the soil and are the driving factor in biodiversity loss. Instead, use non-toxic options – Insecticidal soaps, companion plantings, and beneficial insects like ladybugs. 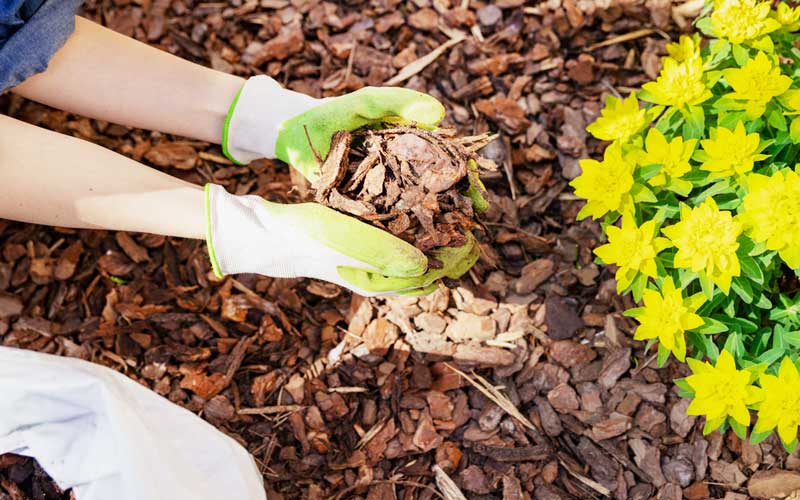 Bare ground does the opposite – it accelerates leaching (from irrigation and rainfall), increases erosion (from wind and water), and promotes evaporation. Leading to dry compacted soils difficult for fungi to thrive in.

Cover crops (clover, grasses, or legumes) also stabilize soils and replenish essential nutrients. But they require invasive digging to turn over and work back into soil. 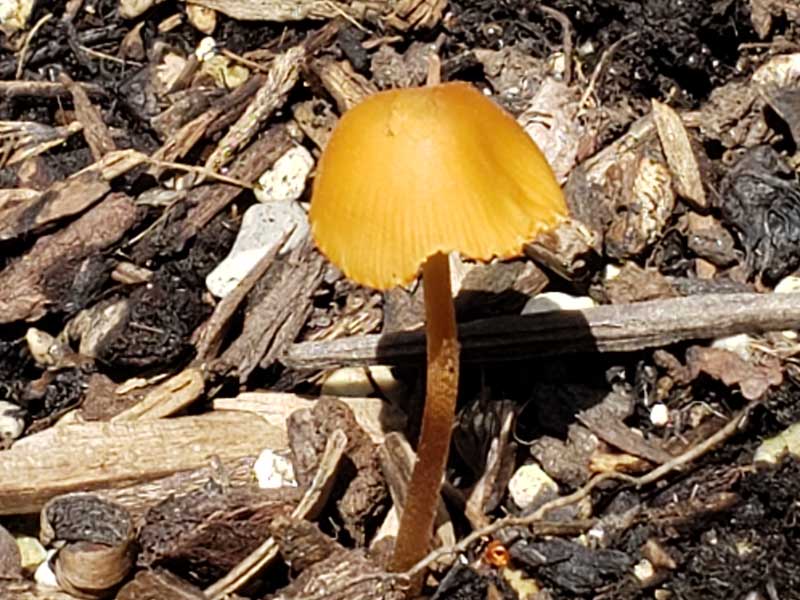 Volunteer mushroom poking up through the mulch. Photo courtesy of N. Hawkins.

Fungi and trees have a reciprocal relationship that goes back 400 million years, when trees first evolved. Fungi have been around nearly 1.5 billion years, and know a thing or two about survival. Trees are genetically programmed to cooperate with fungi!

However, vegetable beds require something lighter and finer textured. Like compost… 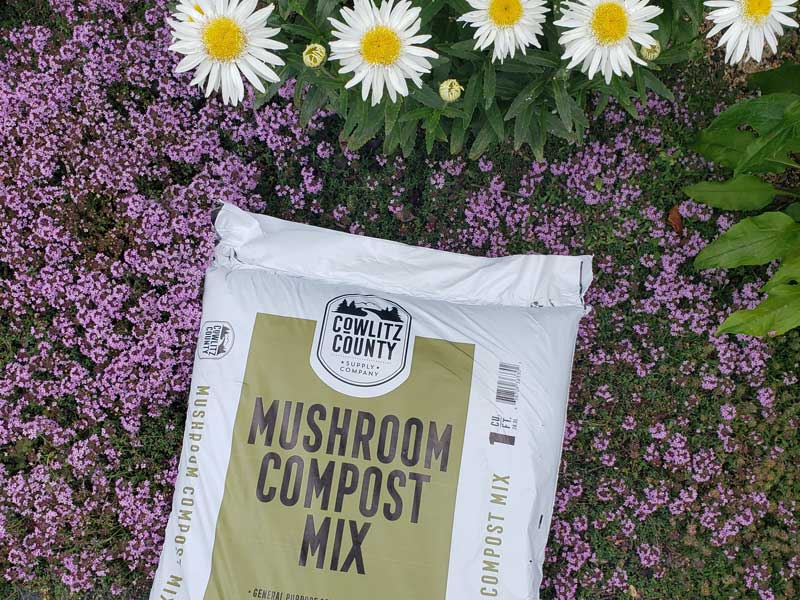 However, this compost isn’t made from mushrooms…

Mushroom compost is made from spent mushroom substrate (SMS).

Substrate is the growing medium in which food-grade mushrooms are cultivated – usually some combination of straw, manure, gypsum, lime, and biowaste (corn, hemp, soybean, canola, bark). Substrate is steam-pasteurized, cured, then inoculated with mycelium spores.

After several harvests, substrate is spent, but retains high nutrient value for gardens. It’s combined with biowaste (bark, hemp, or peat) then finely shredded into compost.

Here’s how to get started in your garden…

Use mushroom compost as an all-purpose mulch and soil amendment. It can usually be found in local nurseries, and home & garden centers. The Mulch and Soil Council is another great resource to help you locate products in your region.

Apply a 4-6” layer of mushroom compost as ground mulch in late spring to fuel the growing season. Then add another layer in the fall to replenish soils over winter. It only takes about six months for mycelium to colonize.

You can also add mushroom compost to containers for lush flowers and foliage – simply mix a ratio of 25% compost into standard potting soil.

For prolific vegetables and prized tomatoes – gently work 3” of undiluted mushroom compost into the top layer of garden soil or raised bed medium. It’s that simple!

With soils and tree root systems that are severely compacted or stressed, mycorrhizal inoculations are the quickest way to introduce the healing power of mycelium.

Unlike compost, inoculants are formulated with active mycelium spores and healthy bacteria, which help fight disease and aerate dense soils. They come in three, easy to apply forms (granules, powders, and concentrated solutions), and are sold in most garden centers.

With these simple organic methods, even a novice can harness the ancient power of mycelium in the modern garden.