King Oyster mushrooms are a favorite for a few different reasons. 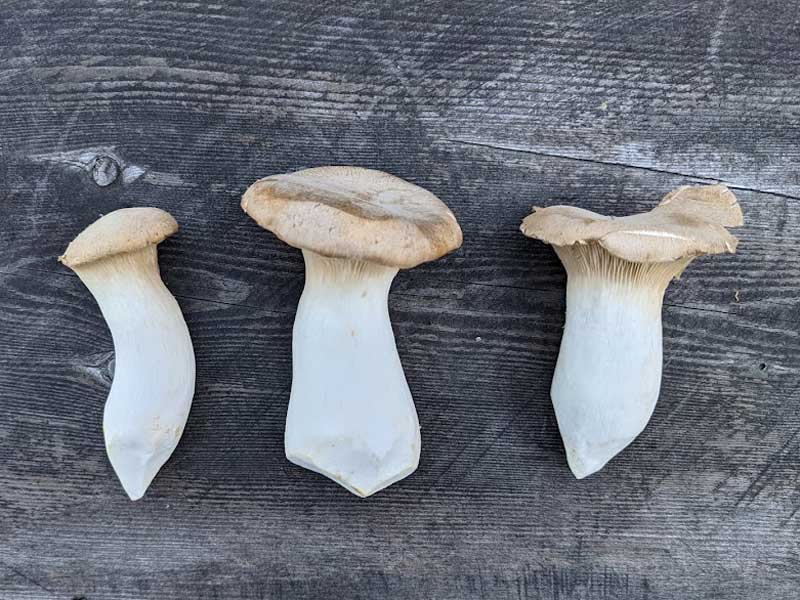 As is the case with many other mushrooms, the King Oyster is known by a variety of different names, including the Trumpet Royale, Ivory Portabella, French Horn mushroom, and King Brown mushroom.

The name used depends largely on the country in which you live. In North America we call them King Oysters, in the UK you might find them referred to as the Ivory Portabella, and in the Japan you’ll likely hear them being called Eryngii.

Eryngii is the short form of the full Latin name Pleurotus Eryngii.

Wherever you are in the world, you’ll find them high on the list of mushrooms used by chefs, whether for home-cooked meals or fancy restaurant dinners.

King Oyster mushrooms grow up to 6 inches long or more. They have thick, meaty stems. Their stems are firm, dense and springy to the touch.

It’s the stem and not the cap that makes up most of what you eat. This is unusual because with many mushrooms, like the Shiitake, the stems are tough and often discarded before cooking. Or set aside for a soup or stew.

King Oysters are famous for their umami taste. But I can also taste a sweetness to the mushroom that not many people talk about.

Mostly I eat King Oysters in a simple breakfast omelet. Just eggs, a splash of milk, the mushrooms and some salt and pepper.

King Oysters are a perfect complement to the eggs and, like I said, add not only an umami taste, but a subtle sweetness too.

They are great in pasta dishes too. Check out our recipe for Savory Noodles with Ham and Mushrooms. 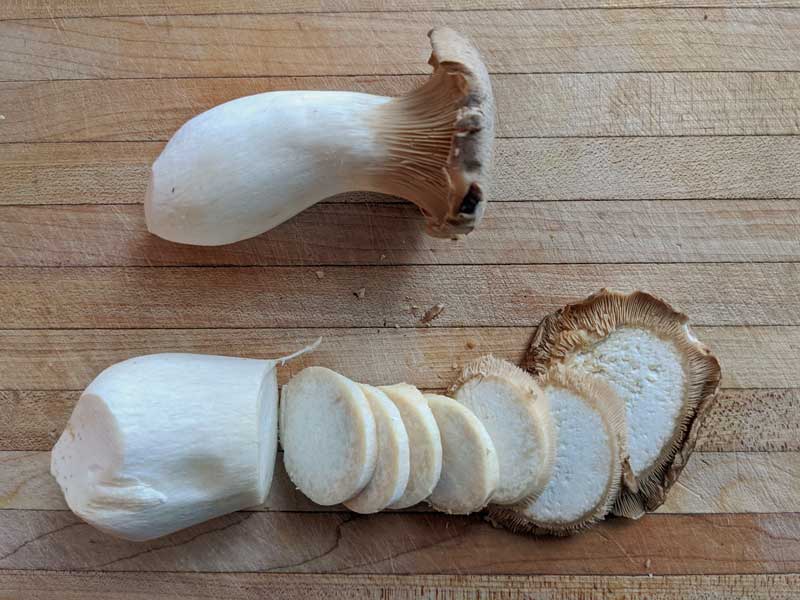 Preparing King Oyster mushrooms is as easy as slicing bread. Literally. Like I said, the stem is firm, but not hard. It’s easy to slice, either across the stem or from end to end.

Once sliced you can either sauté or grill the slices. Typically, for grilling, you choose to slice the stem from end to end.

The slices don’t take long to cook. I like them sautéed, and wait for the flesh to turn a little golden in the pan.

If you’ve ever purchased Blue Oyster mushrooms, for example, they really don’t stay fresh for long, even in the fridge. You’re in a race to get them cooked.

With King Oysters there is no rush at all. If I have a few I’m preparing for my breakfast omelets, I can buy enough for five days and know that on day five the final mushroom will still be firm and tasty.

Finally, it’s mostly about the taste…

I’m a big fan of a lot of differ mushrooms, but the King Oyster never ceases to delight my taste buds.

If you haven’t tried them, you really should. 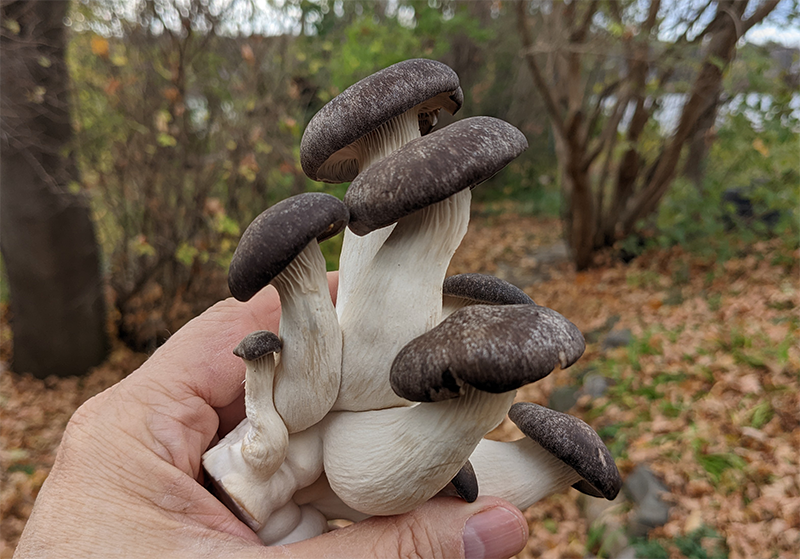 Some Black Pearl King Oyster mushrooms I bought at a local market. Such beauties!