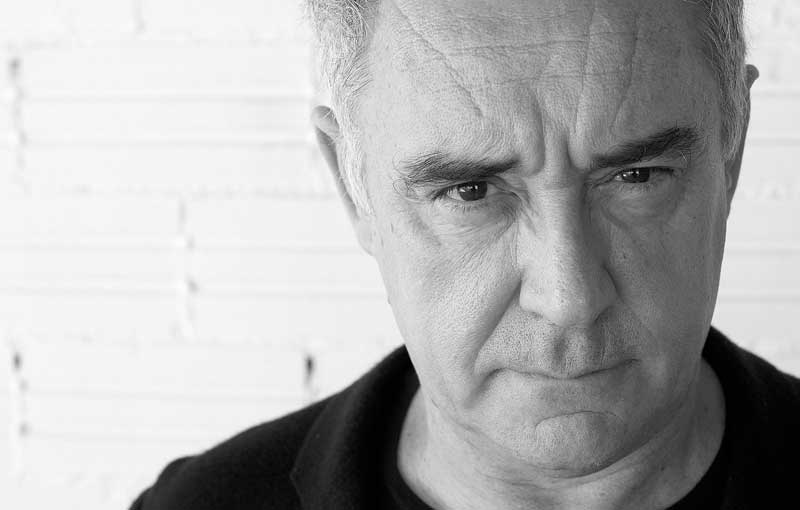 At Incredible Mushrooms, we're very excited to have the opportunity to talk with Ferran Adrià about cooking with mushrooms.

As the chef at elBulli restaurant (now the elBulli Lab), Ferran Adrià was always trying to create what seemed impossible.

Previously, cooking with mushrooms had been linked to traditional cuisine. Ferran changed that, and took mushroom preparation to the next level.

At the end of the '80s, he created "Cep carpaccio", a unique and exciting mushroom dish. Today, it is one of the most copied mushroom recipes anywhere, reproduced by chefs all over the world.

But his creative mind is never still, and there were many more mushroom dishes he continues to create. He uses unique methods and techniques, such as infusing them to make mushroom water, creating a confit with them to produce oil, and making dried mushroom powders.

When you see his dishes, they're amazing. The presentation is simply beautiful. Way beyond adding a few sliced mushrooms to a risotto or omelet!

In other words… he’s a remarkable chef who loves mushrooms!

If nothing else, be sure to scroll all the way down the page, as Ferran has shared some simply amazing photos with us.

And to keep things simple... we'll abbreviate with IM for Incredible Mushrooms and FA for Ferran Adrià.

IM: How do you like to prepare mushrooms for yourself?

FA: I like them simply sautéed so that they retain their maximum flavor.

IM: Which are your three favorite mushrooms, and why? 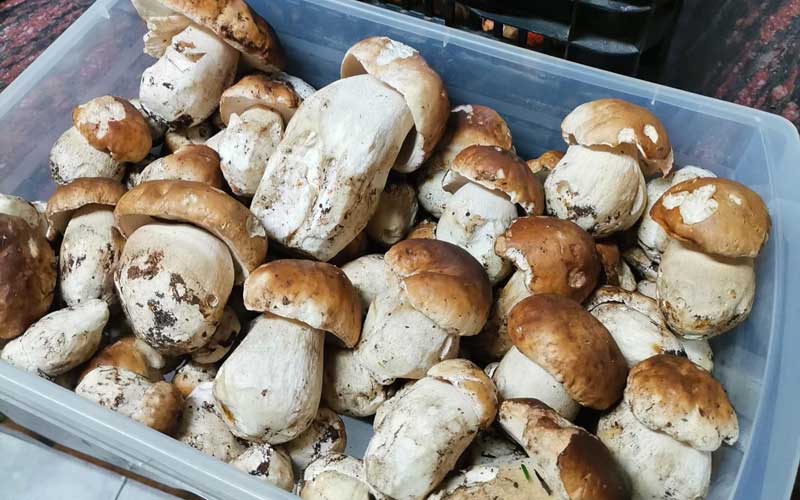 The Boletus edulis, also known as the Cep, Porcini or King Bolete... depending on where you live.

FA: The mushrooms I love the most are:

The Chanterelle because it's the most popular mushroom and par excellence in the area where I live.

Boletus Edulis or Cep for its textures, which amaze me with the possibilities they offer.

And the Caesar's mushroom because of its harmony, aroma, and finesse.

IM: How did your story with mushrooms in your cooking begin?

FA: When I was a child, we used to eat mushrooms at home. In my region, Catalonia, we are very fond of mushrooms. In fact, we are known as "mushroom hunters".

IM: What do mushrooms mean in the kitchen of elBulli restaurant?

FA: Mushrooms are one of those magical and fetish products of elBulli restaurant.

It's in our culinary DNA and our mental palate. This makes it a recurring and highly appreciated product. Because of a mushroom's simplicity, it brings a lot of flavor and aroma to the whole preparation.

In the case of Cep carpaccio, the special texture of the Cep easily reminds us of a veal carpaccio. We loved to experiment with these dichotomies. 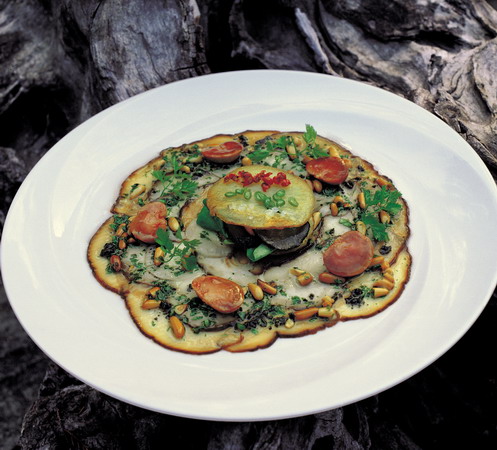 Cep Carpaccio is a carpaccio of confit Ceps and potato salad, black truffle and lamb's lettuce with rabbit kidneys.

IM: Could you tell us about some of the more unusual ways you've used mushrooms in some dishes at elBulli? 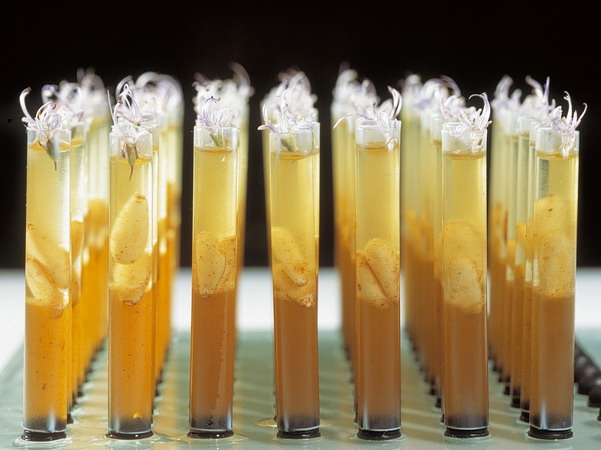 Ceps slurps (snacks, 2001), a new concept of eating a mushroom canapé, without bread. Semi-liquid, just sucking the straws with the mouth.

IM: How were the Ceps prepared in this dish?

FA: It's one of our most iconic dishes, where the important thing was the experimentation with the tasting tools, and the game we played with the customer.

First, with the trimmings of Ceps that are obtained when cleaning and conditioning them, we make water of Ceps, as a kind of infusion. With this water and with the help of gelatin and agar, we created tubes of Cep jelly that are filled up to the half as you can see in the photo. The final creation is finished with peeled fresh pine nuts, and green pineapple oil. 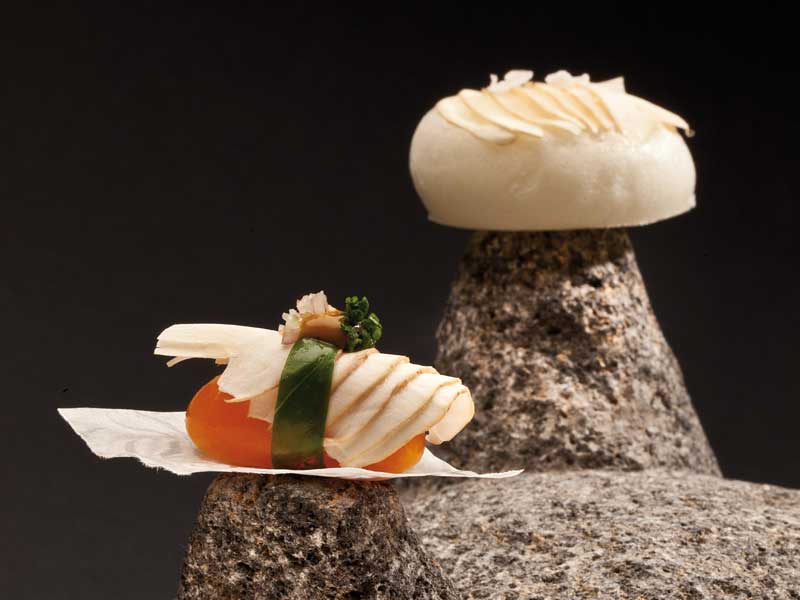 IM: Tell us a little about this dish. Were you inspired by your trips to Japan?

FA: For the entire elBulli restaurant team, the trip to Japan was magical. It transformed us, and this is one of the results.

At that time, very little was known about Japan and the beauty and plastic harmony of its creations, which combine an authentic devotion to the purity of the product and the ritual involved in its creation.

IM: How did you prepare the mushroom in this dish?

FA: We try to respect St. George's mushroom as much as possible, following the Japanese philosophy. Once it's clean, with the help of a mandoline, we proceed to remove thin slices that finish the false Nigiri.

In addition, for the final touch, we make St. George's mushroom oil using the confit technique. 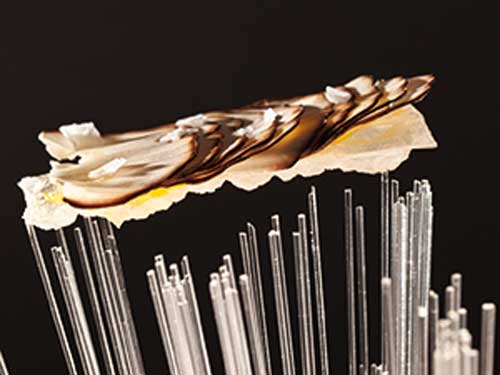 Sweet Cep mushroom coca (Avant dessert, 2011) The Avant dessert is the dish that goes before the dessert and after the tapas and main courses.

IM: What is the story behind this dish? Mushrooms and coca sounds interesting!

FA: As I told you, Cep is one of our favorites, and we liked the idea of using products which taste can really belong to the sweet and savory world.

In fact, Cep has nuances that bring us closer to the sweet combined with umami. One of our creative methods is this journey of creation to bridge the savory world and the sweet world.

IM: Can you show us some of the other iconic mushroom dishes from the menu of elBulli restaurant?

FA: Some of the mushrooms that elBulli restaurant used for its preparations were Ceps, Enoki, Chanterelle, St. George mushroom, and Caesar’s mushroom. Here, they are ordered by dates that were served on the menu. 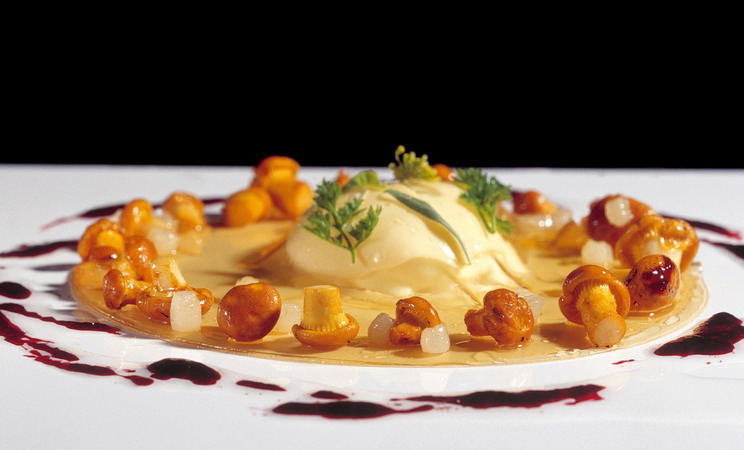 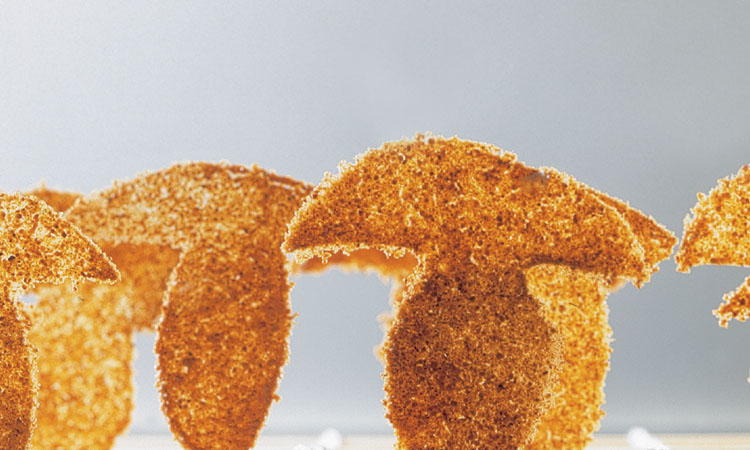 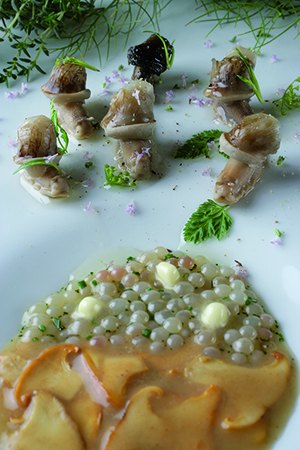 White caviar with snails and chanterelle mushrooms, tapas and dishes, 2006 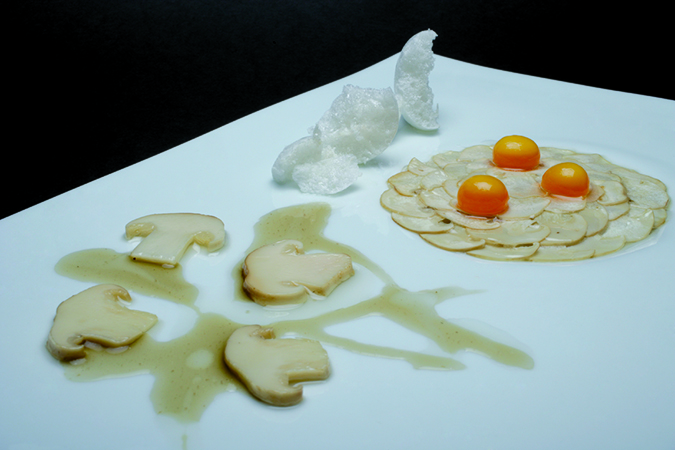 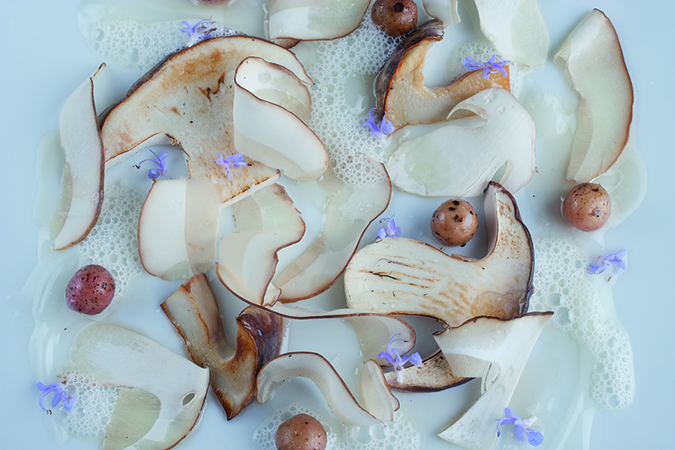 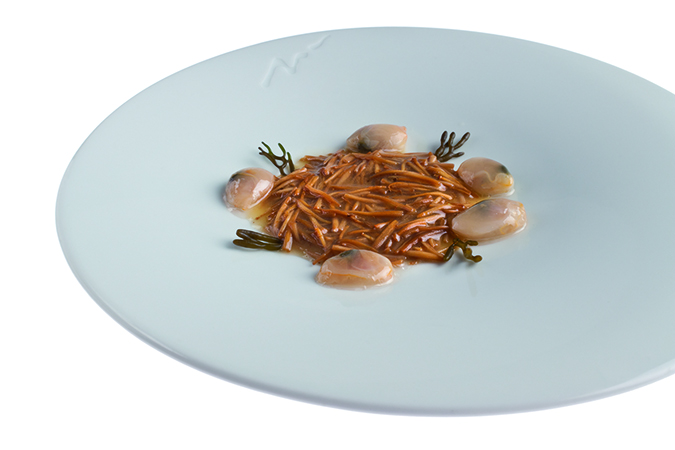 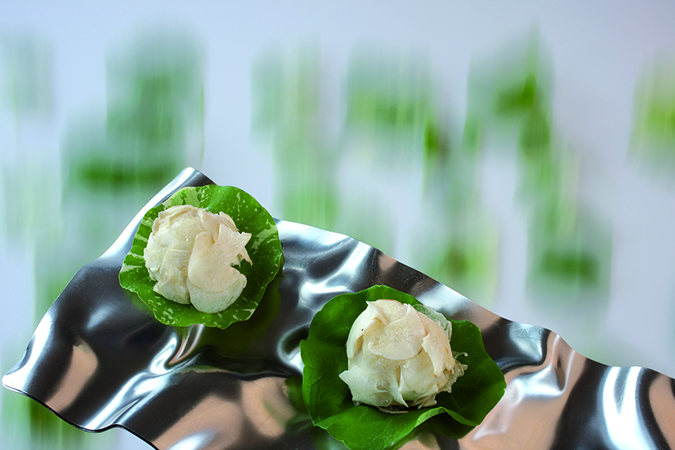 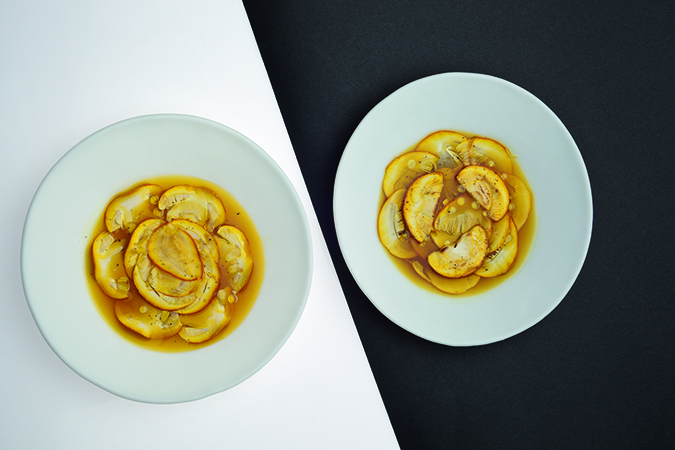 IM: Wow... these all look so beautiful AND delicious! During all those years at elBulli restaurant, did anything in particular surprise you?

FA: It is curious that Catalonia, where I come from, is an area with great culinary culture and knowledge of the various mushrooms from their mountains.

But in many other parts of Spain or other countries, there is no wealth or knowledge of mushrooms.

So, many times, we had to explain to the customers of elBulli restaurant the mushroom they were eating, because they really had no clue!

IM: Thank you very much, Ferran, for taking the time to talk with us about your favorite mushrooms and the wonderful creations you made at elBulli.

FA: Thank you, I was delighted to talk about the mushrooms that I love so much.

All photos courtesy of Ferran, F. Guillamet and Pep Segura.